Katrīna Neiburga is one of the most outstanding and prolific contemporary Latvian artists. She has received several awards, including the prestigious Purvitis Award in 2009, and has represented Latvia at the 56th Venice Biennale in 2015. 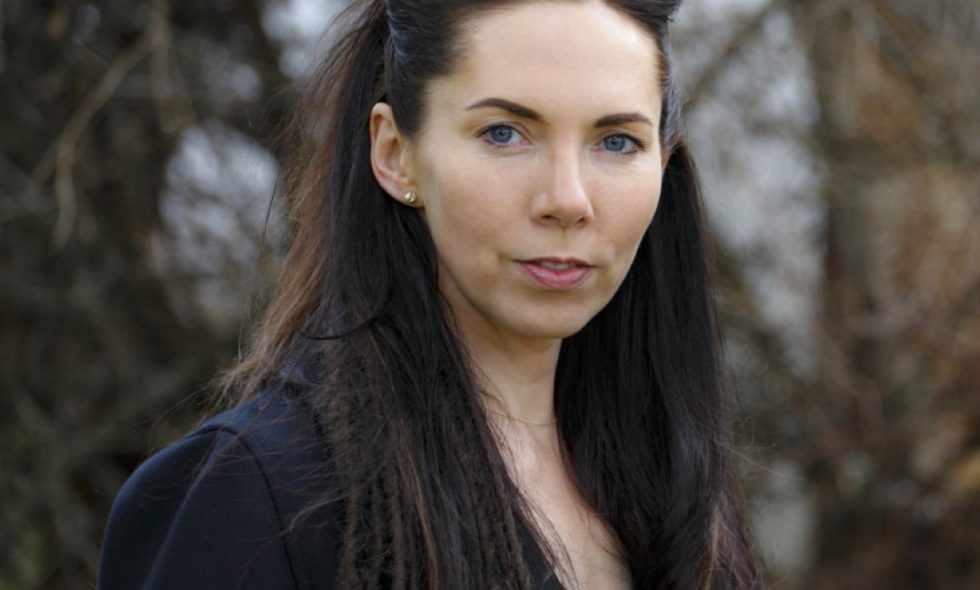 Katrīna Neiburga is one of the most outstanding and prolific contemporary Latvian artists. She has received several awards, including the prestigious Purvitis Award in 2009, and has represented Latvia at the 56th Venice Biennale in 2015 (“Armpit” together with her husband artist Andris Eglītis; curator Kaspars Vanags). In terms of disciplines and media in Neiburga’s oeuvre, she has made videos (including music videos), films, projections for the stage design in opera and theatre, installations, objects, performances, photographs. Out of the broad spectrum of media, the moving image – be it film or video – can be considered Neiburga’s key medium and mode of expression.

Contrary to more traditional artistic disciplines, where precise copying of reality becomes a testament to an artist’s skills, Neiburga is rather driven by curiosity and works with methods that foster interdisciplinarity. Through art, she wants to explore the complexity of life, to understand herself, other people, the mutual interaction between man-made and natural environment, as well as the relationships that we experience throughout various stages of our lives. Looking through the eyes of a researcher, Neiburga decodes the visible reality – objects, places, processes – as visual signs, which at the same time embody meaningful messages about the immaterial metaphysical world.

Led by curiosity, she uses the camera as a magnifying glass, expressing a socio-anthropological interest in the everyday, and zooming in on ordinary people leading ordinary lives. Yet, what makes her art so appealing is the combination of the scientific drive and performative playfulness. For example, in one of her first works “Traffic” (2003; video), she pretends to be a taxi driver. She drives an old Soviet car “Volga” and secretly films her passengers with small installed cameras. Whilst taking her passengers from one point to another, she engages in mundane conversations with them. This pretending and hiding behind a taxi driver’s profession helps her to stage an everyday situation, where the social process becomes an artistic fact and a mirror of ourselves.

In another work “Hair” (2019), which actually is not a single work but an entire exhibition under this title, Neiburga explores the profession of a hairdresser. This time she performs the role of a client and tries out various hairstyles. She makes appointments and films her conversations with numerous hairdressers to find out more about the profession, where mutual relationship of trust is established between the client and the service provider based on certain codes of communication. The space of the hair salon becomes a place of a ritual where the magic of make-over takes place under the spell of consumerism or yearning for the power of transformation. It is widely known that cutting your hair can be a gesture of goodbye to your previous life and identity.

The conversation-based structure is evident in yet another work – a film entitled “Garages” (2016). Here Neiburga examines another ecosystem – the world of garages inhabited by the community of men. The garages that were built during the Soviet times when it was hardly possible to own a private property have become to some extent a sacred space for these men. When Neiburga asks what it is that they actually do in the garages, the men reveal their passion for crafts, alternative health improvement gadgets, DIY security systems, etc. It is indeed a secretive world functioning behind a closed door. In this work Neiburga is also questioning the necessity for private space – don’t we all need some hideout space where to forget about the routine and responsibility? Where is the demarcation line between the everyday trajectories, between myself and the Other?

What is interesting, Neiburga turns the camera lens not only towards others, but also herself and her family. In one of her early works “Solitude” (2005) Neiburga integrates herself in the video portraying her body fragmented and dispersed among many domestic objects. The existential title of the work, too, implies a certain status quo, which can be enjoyable, but at the same time disorientating since the fulfilment of the many roles in a woman’s life can result in the disintegration of identity. Furthermore, her family becomes a central element in an exhibition entitled “Memory of Things” (2012), consisting of objects and video installations. Here Neiburga works with her family archive and turns encounters between three generations – herself, her mother and grandmother – into a somewhat therapeutic ritual. By revealing mundane situations of sharing food, precious moments, even the pedicure, Neiburga invites the spectators to reflect on the underestimated meaningfulness of the everyday and the intimacy of family life. What we have been offered as a result of Neiburga’s artistic strategy, is a juxtaposition between intimacy and universal values.

Her family in yet another constellation consisting of her sons and a husband Andris Eglītis also appear in other works, especially more recent ones. For example, in her work “Transformations. Witches’ Broom. Thunder-besom” (2002) Neiburga explores the ancient world of beliefs and mythology focusing on a mutant organic formation in nature – the so-called witches’ broom. This formation becomes a key object not only in the video, but also in the exhibition space. It must be noted that this work was purchased for a museum collection by the Finnish National Gallery KIASMA. In another video work, “Pickled Long Cucumbers” (2017), Neiburga, her husband and their son are seen leading their lives in the middle of wilderness, as if they were the last humans on Earth. A symbiotic closeness with nature is revealed, as, for example, Neiburga’s husband is seen reading a book whilst standing in a boggy water nearly up to his neck. Spectators are left wondering whether what they see is a dystopian future, where alternative forms of adaptation prevail and a different understanding of comfort exists, or whether it is actually our natural calling that we have long forgotten about in our attempts to conquer the space, destroy natural habitats, engage in continuous warfare...

From the vast array of creativity manifested in Neiburga’s art, what becomes evident is both – narrative-based and performative strategies applied by the artist. The story as a theme and storytelling as a process is very important to Neiburga. To tell a good story, one must be a careful listener and observer first; one must also create situations that are participative and socially engaging. Anthropologically, too, storytelling has been an ancient tool of communication crucial for the community and identity building of Homo Sapiens. Through myths and legends, we have passed wisdom from one generation to another. Whereas in the modern world of technologies and virtual presence, a real human contact and conversation can easily become a luxury that we only appreciate at times of loneliness, isolation, displacement and estrangement. Perhaps, this is the task and responsibility of an artist – to act like a modern-day shaman and to destroy the boundaries between the rational and the irrational to bring us closer to the awareness of different temporalities – the present, past and future, to re-establish the connection between ourselves, other animals and natural world, our ancestors and the future generations.